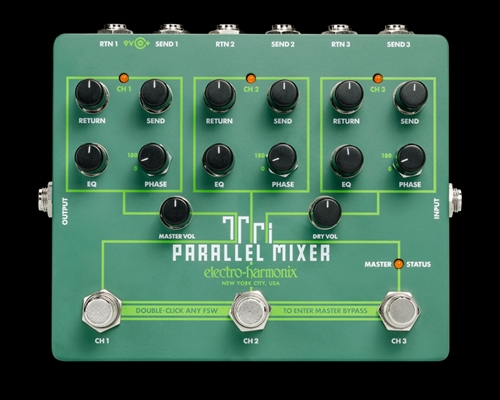 Run up to three FX Loops in parallel and create sounds that are not possible by connecting effects in series.

Send one instrument out to three separate amplifiers

The Tri Parallel Mixer is surprisingly compact considering the level of functionality it provides, while its intuitive controls and I/O make it easy to operate. The Tri-Parallel Mixer comes with an EHX 9.6DC power supply.